The months of global lockdown in 2020 have shown that smart working can be a valid alternative to traditional office work. In the meantime, many companies have faced the need to re-plan their workplaces by adopting new procedures to ensure a safe social distancing between employees. Despite having read and heard of it from various sources, this situation doesn’t necessarily mean that the office, as we know it, is dead. How many people would like to leave the company premises altogether in exchange for a 100% remote job?

Some people decide to say goodbye to the traditional office work life, but it turns out that not all aspects are entirely abandoned.

As revealed from an in-depth study on digital nomads, it appears that even those who have made flexible working a way of life still need an interconnected workstation, perhaps only temporarily, in a non-domestic environment like a business hub or a co-working space.

Why is the office still so important? The reasons are multiple. Here are some of them:

Offices are vital to generate competitive advantage and identify talent. They represent hubs that create synergy and interconnection between individuals, elements that remote communication only partially allows. Relationships, team chemistry and culture make it easier and faster for a project to succeed.

Collaboration ignites the spark: the most innovative and creative ideas are generated from meeting people with different roles and functions, different objectives and backgrounds. A carefully designed office also allows the natural flow of ideas and manages, through specially designed areas, to avoid typical environmentally created disturbances and improve concentration.

It happens to everyone: you are dealing with a problem that seems insurmountable and, magically, talking to a colleague solves it in the blink of an eye. It may be the need for someone’s external expertise, but not only: often just airing the problem out loud can help find a solution or at least understand how to approach it.

During the lockdown period relationships between colleagues have inevitably changed. Some people have bonded more, perhaps because of a similar domestic situation, and some have drifted apart, because they tend to avoid spending too much time on the phone, chatting or exchanging dozens of emails. The relationships we form in the office make the team stronger, cohesive and productive. Being together creates a “tribe mentality”, a shared group thinking that attracts new talent and retains current ones, which in the long run creates the company’s culture.

Working from home, especially when you are part of a team that constantly collaborates, means you need to spend hours glued to your computer. The result is eyesight fatigue, that can also have long-term consequences. According to UCLA Health (a network of private hospitals affiliated to the renowned University of California in Los Angeles), symptoms can range from simple focus difficulties to orthopaedic problems such as neck or back pain.

One of the most common problems being encountered in being forced to work from home is the disappearance of the work/personal life boundary. Calls are made outside working hours, meetings get scheduled at unconventional times, lunches are spent in front of the computer and domestic space is transformed into office space. But the opposite also happens too: children playing during conference calls, noisy neighbours and constant distractions become order of the day.

The office, on the other hand, represents a democratic space that gives people access to the same environment, workstations and technologies. It’s a place that encourages interaction and innovation through comparison, where the best ideas are born thanks to the collaboration between several people.

After a long day’s work, people must be given the opportunity to take refuge in a personal and private place.

Balance is the key! 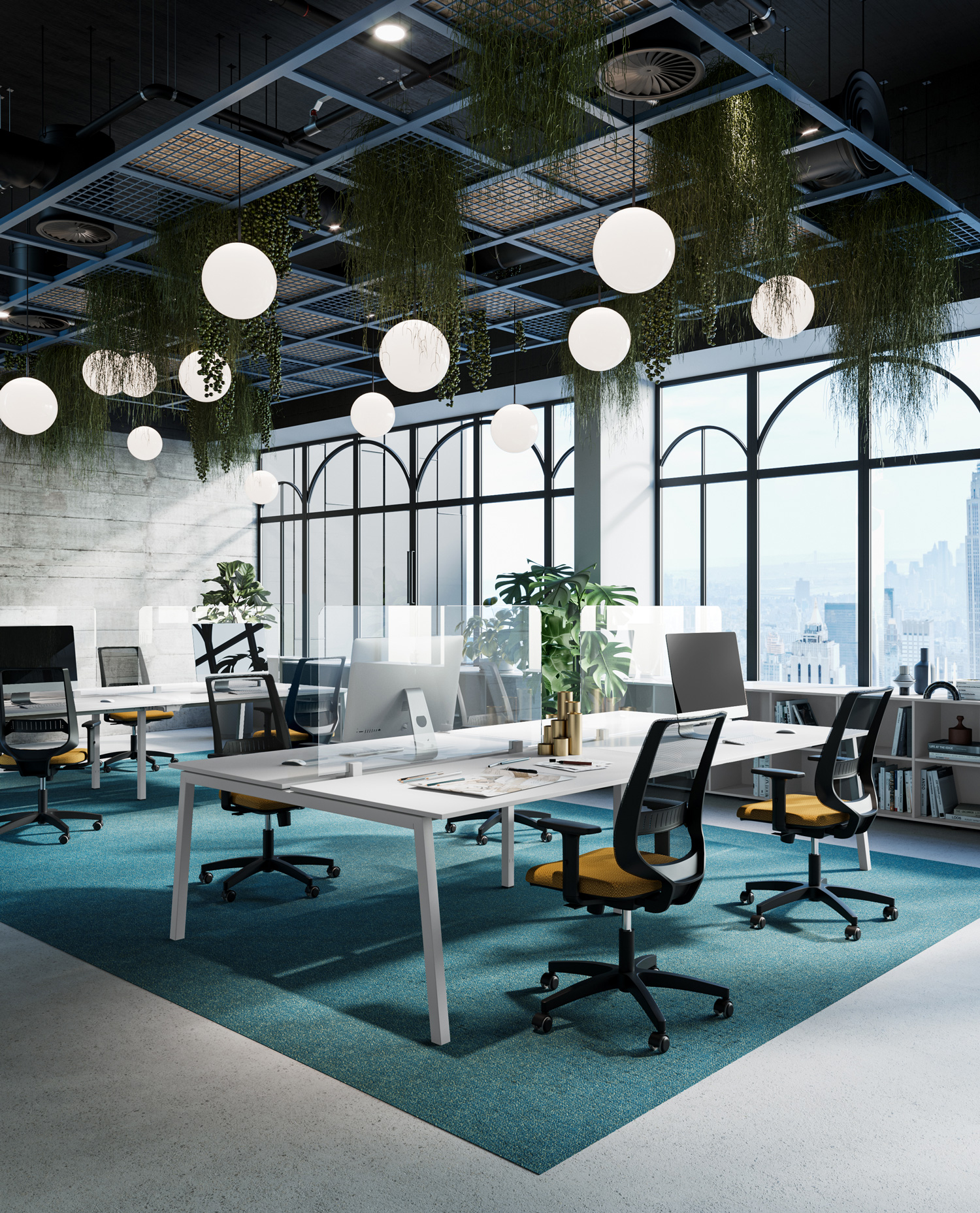