There are many ways of solving problems at work: some are scientific and others are more creative, like brainstorming. An interesting proposal to generate shared solutions by stimulating the participation and creativity of all the involved resources has been developed by McKinsey & Company, a worldwide famous consulting firm.

The “straw man proposal” method is based on an iterative process of hypothesis-feedback-testing, in which each team member has and must give his opinion. The aim is to initiate, build and shape a preliminary action plan in the form of a draft, in order to identify a more effective final response.

Straw man indicates a figure that can and must be rebuilt several times, just like proposals and ideas that are created, destroyed and re-created again. This process represents a problem solving method for the organisational field, exploiting the human and creative potential of a working group.

The “straw man” is not a one-size-fits-all solution, but it’s a process that is well suited to different kinds of situations:

The aim is to find a temporary solution to a particular problem and to improve brain storming, so as to have more time and resources to work on the final proposal.

The “Straw Man proposal” method is not linear but has four phases that can be repeated countless times, depending on the achieved result.  Listening and participating are crucial requirements for the entire working group.

The first phase focuses on individual work: each team member formulates his or her proposal and presents it to the group. The following phases will be carried out during each presentation.

The working group divides into two “teams”: those who are in favour (and will argue accordingly) and those who are against the proposed idea. The important thing is that everyone gives their input.

Based on the feedback a new proposal is formulated taking criticism into account. The idea is then tested (discussed) on the basis of the goal that must be achieved. In this way a new and more refined proposal is created.

If the first three steps are successful, the final proposal is formulated, representing the sum of the best ideas of the various team members.

The final step will (almost) never be the final project, but what Voltaire would call the “best of all possible worlds”: a perfectible starting point, which will evolve over time thanks to creativity and interaction. The “Straw Man proposal” method, therefore, is more than just a problem-solving exercise: it’s also a great way to strengthen relationships within the team! 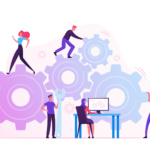 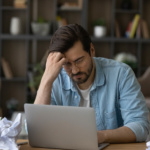