Exactly 20 years ago, back in 1999, the Pet Sitters International association founded the world Take Your Dog To Work Day.

Having your four-legged friend in the workplace has been a long-debated topic. In Italy, one of the Unicredit bank branches recently introduced designated spaces, the first time this has happened on a large scale.

Research by Randolph T. Barker, Janet S. Knisely, Sandra B. Barker, Rachel K. Cobb, and Christine M. Schubert has revealed that having your pet with you at work improves mood and proactivity, lowers stress, and promotes dynamic relationships with co-workers, improving the office climate.

Rules for bringing your pet to work

Workplaces have their own specific company rules and regulations surrounding bringing your pet to work. However, there are also some more general rules of conduct that apply across the board: from having your pet microchipped and in possession of documents showing that they’re up to date with vaccinations and in good health, to getting the OK from fellow workers, appropriate bodies within the company, and the vet.

The bureaucratic process, as demonstrated by companies attempting to implement it, isn’t as straightforward as it might seem. In Italy, for example, you need to get a pet-specific document that includes the pet’s registration with the relevant council and, in the case of dogs, a licence showing that you’re a responsible dog owner.

In addition, you have to put your name down on a list that governs pet access to the workplace, based on your work shifts and the availability of places (it’s not unusual, given the high demand, to find yourself on a waiting list).

Pros and cons of having pets in the office

Growing opinion on the importance of the role and status of animals has well and truly turned the spotlight on the topic, which can have a psychological effect on workers, as confirmed by surveys conducted on employees forced to leave pets at home alone for hours on end.

What are the advantages of bringing your pet to work? In short: you can keep a constant eye on them, they will develop bonds with fellow animals and other employees, and will lighten the workflow without affecting productivity.

Alongside the undeniable pros, there’s an often overlooked downside. We never look at things from the animal’s point of view. Our furry friend might feel out of place in new, unfamiliar surroundings, resulting in increased stress levels. Relational dynamics in animals can be much like those in humans.

Like us, animals sometimes simply don’t get along. “Forcing” an animal to share space with fellow animals in a place they don’t feel at home in can translate into a health issue for your pet. This can result in a precarious balance, and it’s not a given that they’re going to be able to adapt.

Add to this the human factor: there are people who are scared, afraid, uneasy or suffer from allergies around animals, even of the smaller variety. The workplace has to cater to the needs of all.

One aspect that all businesses should be concerned with is the way employees’ work requirements change (a subject we’ve already covered here). Millennials look for businesses that are attractive in terms of pet care and relevant benefits.

It’s been observed that over 50% of workers belonging to Generation Y – namely, born between 1980 and 2000 – would see not allowing their pet in the workplace as a deal-breaker. Conceiving a pet-friendly workspace also allows employers to improve their position on the attractiveness scale. Consequently, businesses are duty-bound to meet the changing needs of their staff. 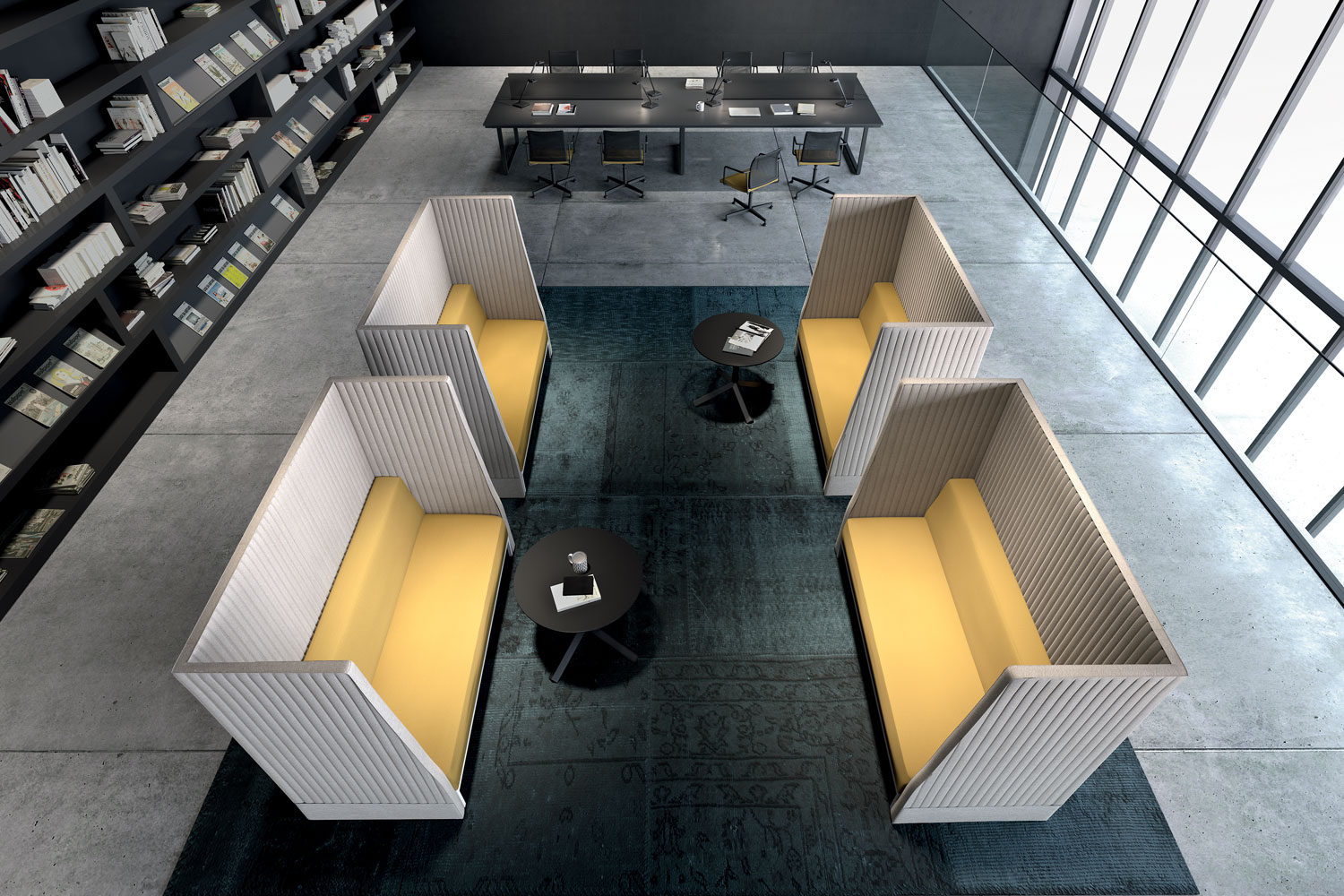 The one obstacle hindering the introduction of animals into work environments would have to be the design of the space. There are a number of variables to take into account.

Does the company want to create ad hoc rooms, or adopt a layout where humans and animals alike share the same spaces? What’s the best approach when dealing with an open-plan space? Animals have some fairly basic needs, but they all still need to be analysed in order to design a functional environment.

Businesses that have introduced pets into work environments have, in some cases, come up with specific solutions: from lifts to designated rooms where our four-legged friends can eat or play, separate from the workspaces.

When it comes to the above-mentioned issue of allergy sufferers, or people who simply have a fear of animals, the key thing is to plan and make available spaces that only people who want to need enter.

Nobody’s saying that the road to establishing this kind of office as a mainstream practice is going to be easy, but it’s essential for the design of future workplaces.