With their use well entrenched in Northern Europe and the US, sit-stand desks are gaining popularity in other countries and have become a must-have in any modern office.

Not sure what we’re talking about? Let’s back up a moment. A sit-stand desk (like Frezza’s Pop Ad) is a height-adjustable desk, designed to allow the user to work sitting down or standing up during the day, as required.

Sitting is the new smoking.

It might sound like scaremongering, but researchers have been touting this mantra for years. There are indeed countless studies on the link between excessive sedentary behaviour and health risks: one of the most recent – published in 2018 with support from the UK Medical Research Council – has revealed a correlation between sitting for more than 8 hours a day and an increased risk of sudden death and cardiovascular disease.

This prompted the advent of standing desks (allowing the user to work standing up), closely followed by their sit-stand counterparts.

Sit-stand desk: how does it improve your work life?

Again, researchers joined the debate with their different opinions… although not all that different, as it turns out.

On one point they’re all in agreement: using a sit-stand desk has benefits, though there are different schools of thought as to the extent of said benefits. According to a 2012 study, reducing occupational sitting time by about one hour a day can reduce neck and back pain by 54% in just 2 weeks, thus limiting cases of muscle-related illness (e.g. cervical pain).

There are those – like the researchers at the University of Pittsburgh– who instead agree that there are benefits, but who say they don’t yet have enough historical data to correlate them with an improvement in health.

Yet other studies tie the use of this kind of table with an increase in the amount of calories burned (more specifically, 170 a day), an increase in productivity (between 30 and 50%), improved circulation in the legs, and improved digestion. There seems to be evidence for all these benefits, but only within a specific demographic: young people (US under-30 startups were actually the ones to launch this product trend).

Most of the more recent studies (like this one and this one) are nonetheless of the same opinion when it comes to the positive effect in terms of behaviour: people who regularly use sit-stand desks tend to become more active over time, reducing their sitting time not just in the office, but in their private life, too. A win-win!

There’s general agreement on another point: workers with a sit-stand desk enjoy greater comfort in the office. They can stretch their legs, change outlook, move around more: so there’s a psychological benefit.

And what do employers think about it all? According to most, having a sit-stand desk helps improve teamwork: meetings held standing up tend to be quicker and have less interruptions. 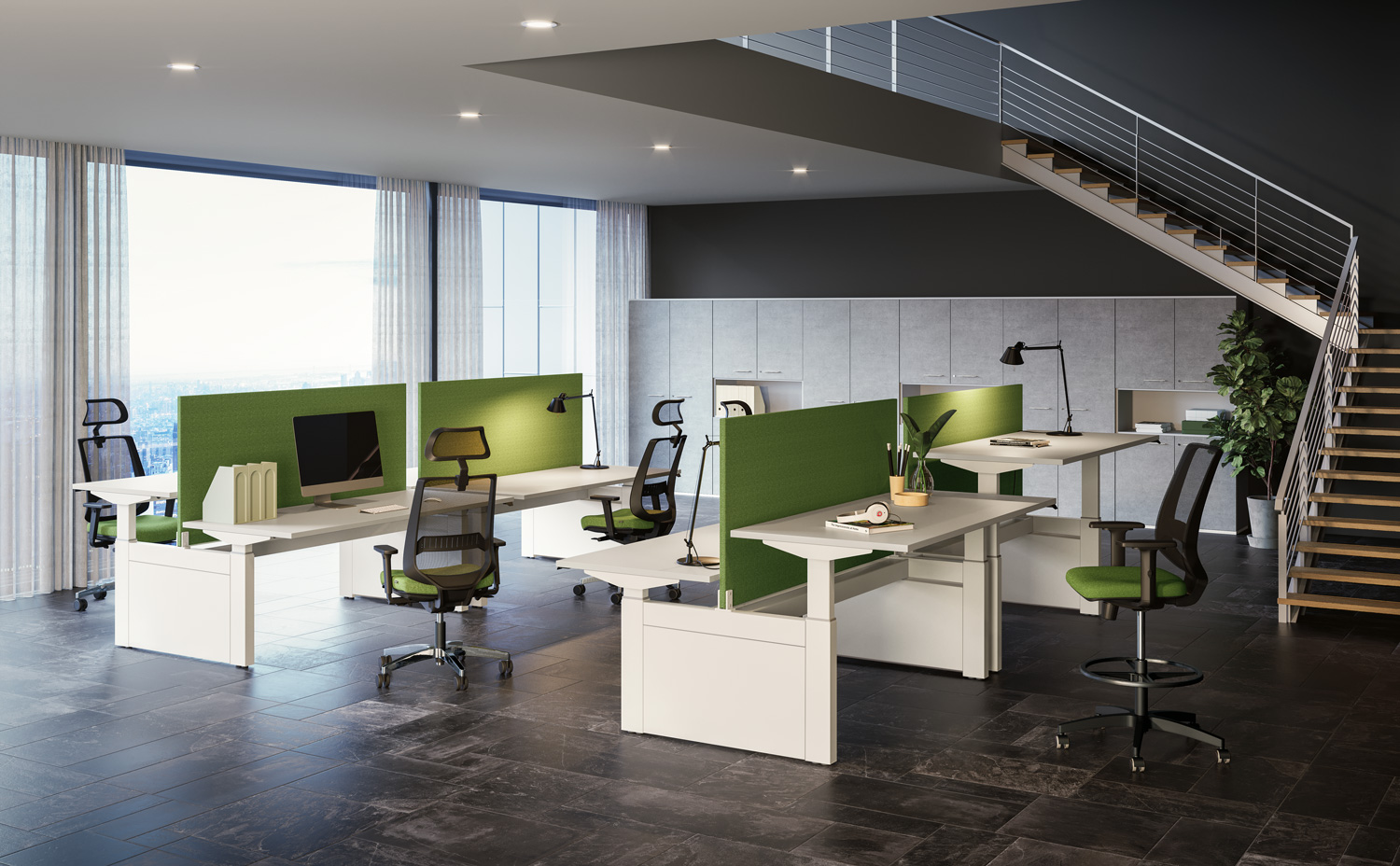